Launceston – it’s nice to meet you (part one) 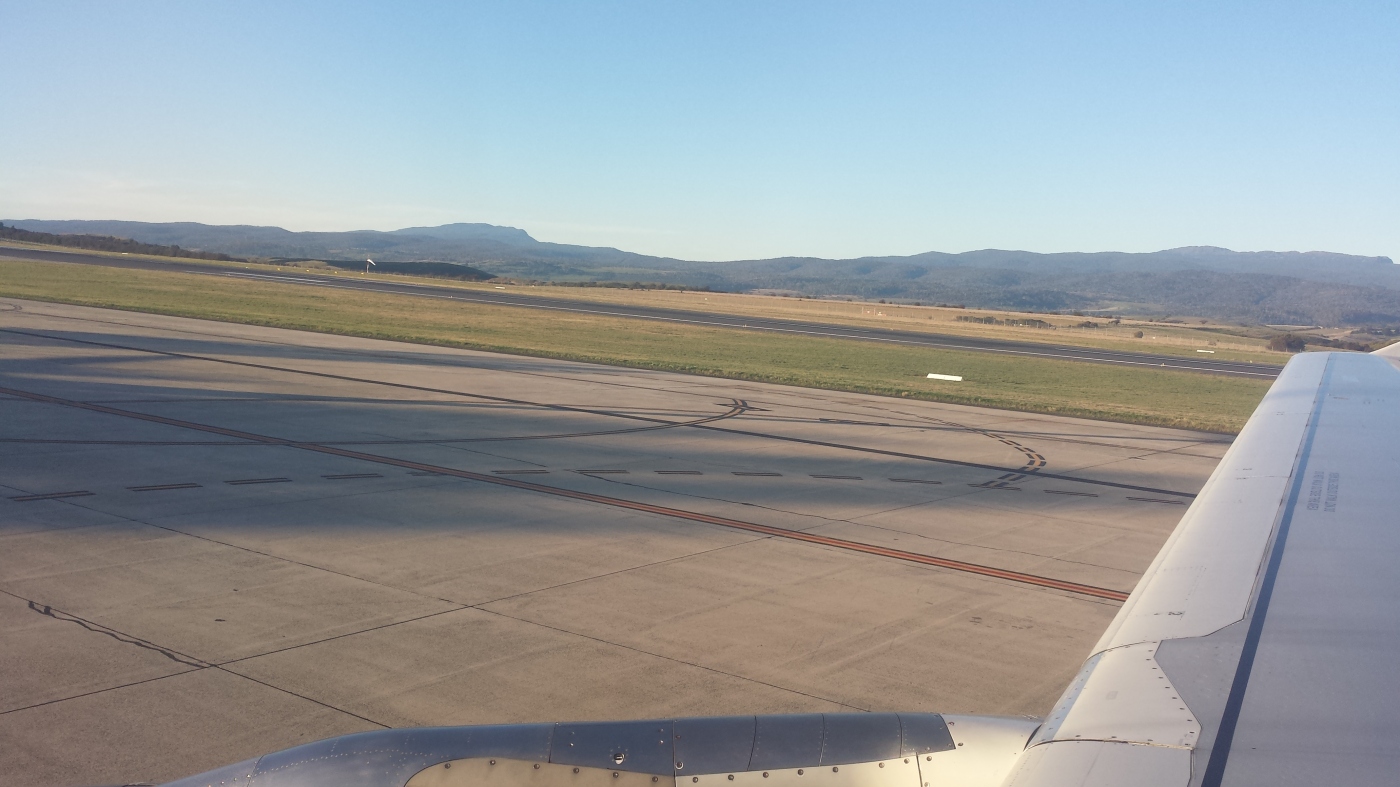 A short hour after taking off from Melbourne airport, the plane dropped through the clouds revealing a carpet of green as far as the eye could see. We were going to land very soon, but I couldn’t quite make sense of that. It looked as though we were going to land in a paddock; I couldn’t see anything out the window that suggested that the city of Launceston was anywhere nearby. I’d had my head in a book and tunes in my ears throughout the quick flight so hadn’t heard any of the usual announcements that you get about the time of landing and weather at the destination. Were we making an emergency landing in a field? Had I somehow got on the wrong flight?

Minutes later we were on the ground, on an actual runway as it turned out, in Launceston as planned. Only 15km out of the city, it wasn’t long before my splendid host had me furnished with a glass of Sauvignon Blanc on the sofa to recover from my travels. Ahem. Well, it had been quite a big week.

For my first foray into the Launceston dining scene, dinner that night was at Geronimo Apertivo Bar & Restaurant, a modern European eatery that opened toward the end of 2015. Tripadvisors love it, and our experience that night was also overwhelmingly positive.

It’s not exactly clear what look they were going for with the fit-out. The bar is all sleek timber, marble and copper lightshades, quite the juxtaposition to the wall of bare concrete and timber frame against which we were seated, that had me wondering if maybe they were remodelling already.

Anyhoo, the menu is designed for sharing and share we did. First out of the starting blocks were some woodfired lamb ribs. There was no mention on the menu of the blink-and-you’d-miss-it mint jelly-type situation sitting hopefully in the bottom of the dish, willing you to notice that it’s there and dip your juicy sticks of lamb into it. I for one, love lamb ribs, and these did not disappoint. Next up was a salumi plate with what could have been house-made grissini and some Ligurian olives adding some briny tang.

Moving onto something more substantial, our next plate was the intriguingly titled pork, cocoa and rhubarb. The perfectly cooked, pinkish pork was juicy, tender and flavourful,  but I’m not convinced that the cocoa that it was rolled in added much apart from an appealing appearance. Bite-size pieces of soft, stewed rhubarb were joined by crunchy fried cauliflower florets and creamy cauliflower puree, all playing very nicely together thank you very much. Just because we could, we ordered some duck fat potatoes with olives and ‘parmagano’. Google won’t give me any clues about what parmagano might be, so I have to conclude that they must mean Parmigiano. Duck. Fat. Potatoes. No more needs to be said.

We drank some Holm Oak (which I find very difficult to say) Riesling, and Moores Hill Pinot Noir – Tassie wines both, from the nearby Tamar Valley where we were going to be firmly ensconced for the following two days.

So far, so good, Launceston!